Debra says that I should always put at least a couple of pretty pictures in a post, so here is a shot of the tile we’ve selected for the laundry room: 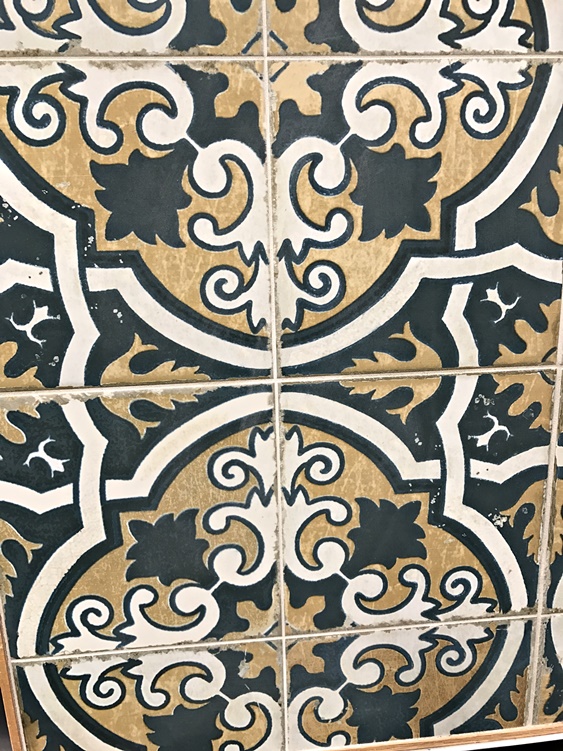 It’s going to be hard to find much else pretty for this post – things are getting really dirty at Hildring House. If you’ll put up with some pics of the filth that goes along with demolition, I’ll try to end with something else not so yucky. But now for the mess.

You know how on the TV home improvement shows the demo lasts about 3 minutes? A few swings of a sledge hammer and – presto! – the slate is clean and ready for the new, pretty stuff. Doesn’t work that way. Particularly if plumbing relocation is involved. 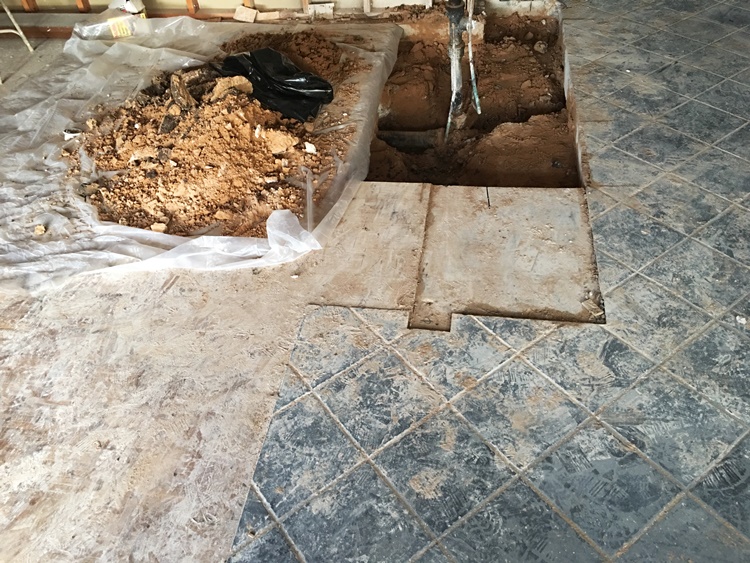 How about this, for example? I guess it’s a good thing that we’re replacing the floors; I’m not sure that they’d ever clean up. Remember, that’s wood parquet to the left of the faux slate. To be fair, the plumbers know that the floors are going away but, sheesh, it’s a mess.

The first (and, hopefully, last) Unexpected Problem we’ve encountered on this job had to do with the sewer pipe. There were big, overgrown holly bushes virtually surrounding the house. Here is a before shot of the ones out back that caused the problem: 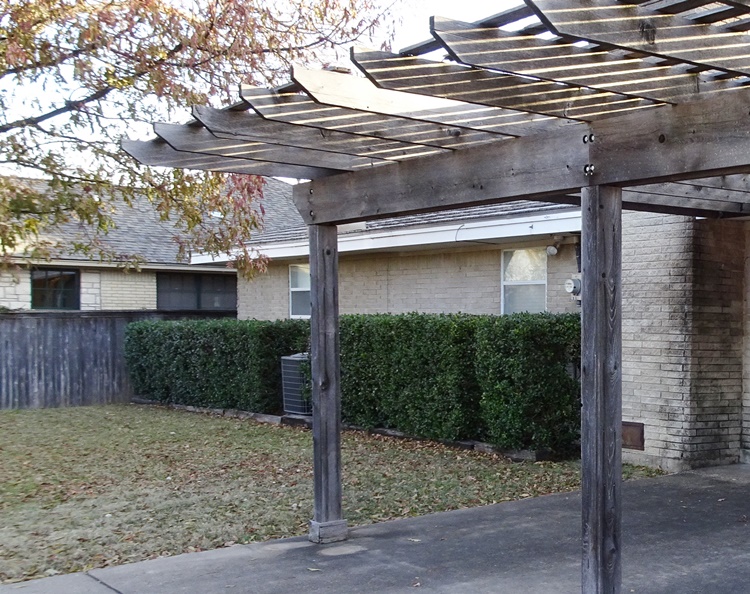 The new powder is going in just to the left of the window on the right, above. So the sewer plumbing from there has to connect to the existing sewer pipe, which is just outside the wall to the right of the air conditioning compressor. No problem, right?

As it turns out, the roots from the hollies had so invaded the concrete sewer pipe that when it was disturbed by the excavation, it disintegrated. The weird thing was that they hadn’t caused a blockage – they had just destroyed the integrity of the pipe.

The excavation had to extend several feet into the yard and about four feet under the house, but now we have a shiny new dual clean-out. Actually, it probably is fortunate that we discovered this problem now; it was only going to get worse and since they ran cameras throughout the whole system, we can be pretty confident that things will be okay for the foreseeable future.

Speaking of bushes, we’re going to start from scratch with the landscaping, so we’ve had pretty much everything removed. Remember what the front of the house looked like with the out-of-control fringe flower bushes? Well, it’s been given a haircut.

Here are a couple of shots of the excavation work in the kitchen: 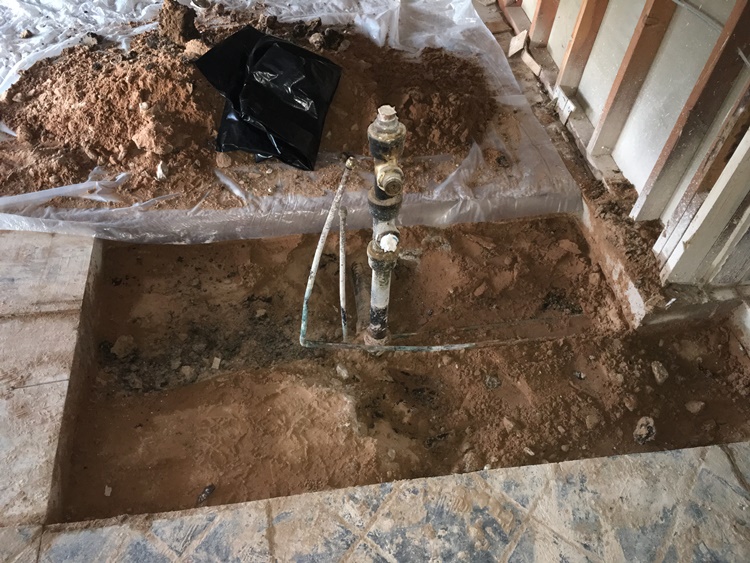 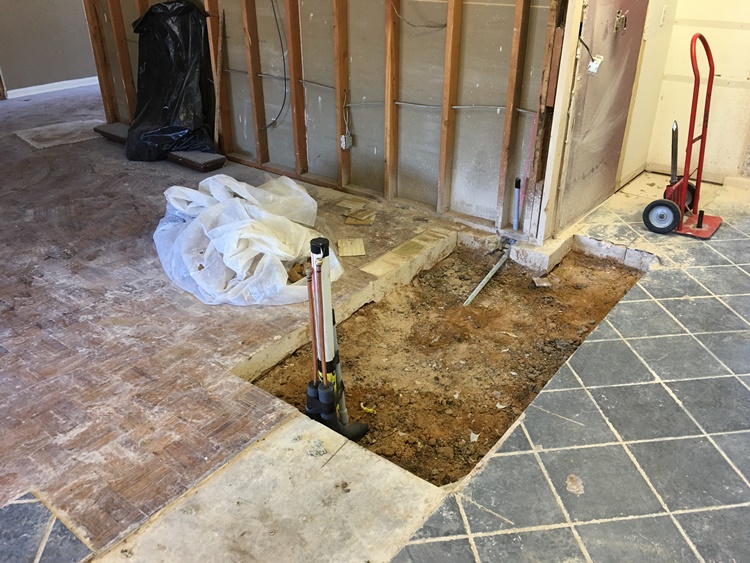 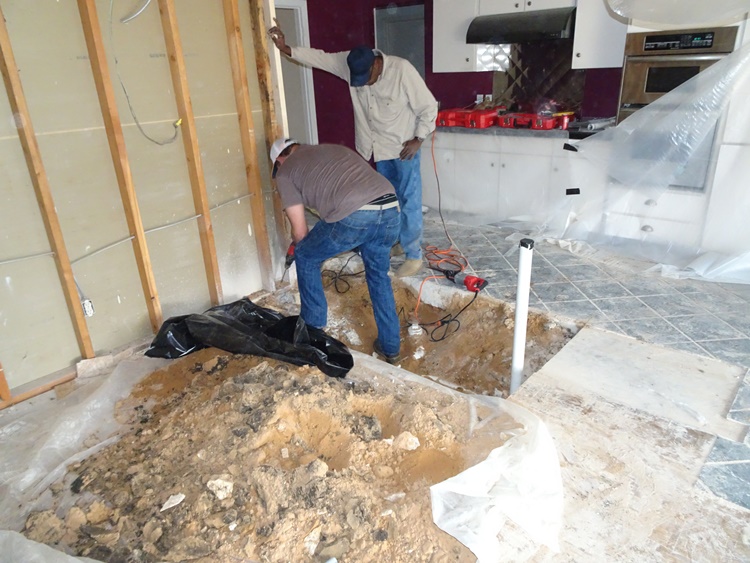 Seems like a lot of work to move the drain and supply lines about two feet, doesn’t it? But, trust me, removing that wall and putting in an island is going to make this look like a completely different house.

Here is a shot of the new drain lines for the powder and the laundry room. The supply lines will snake in from overhead through the attic, so no more jackhammering to get water to the site. 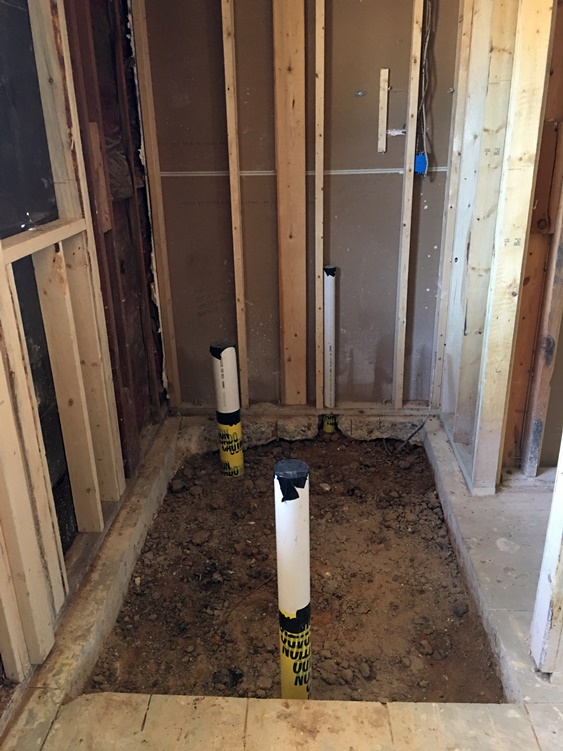 There was entirely too much brick around the fireplace, so we reduced it: 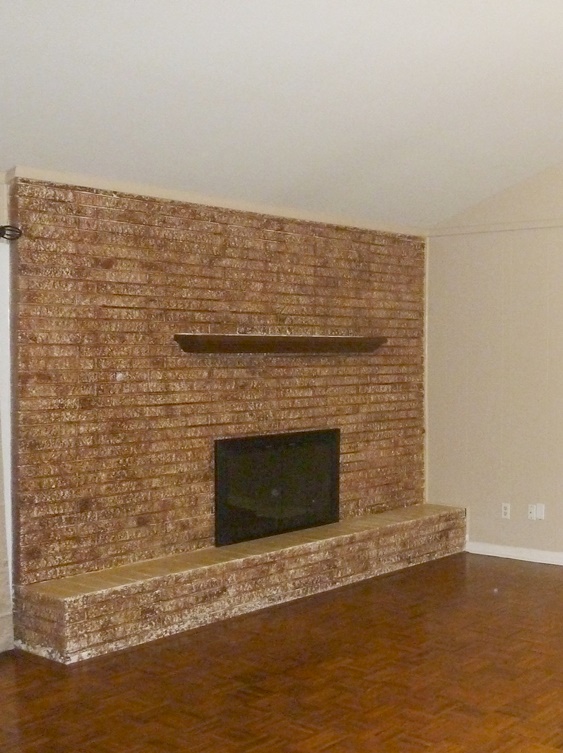 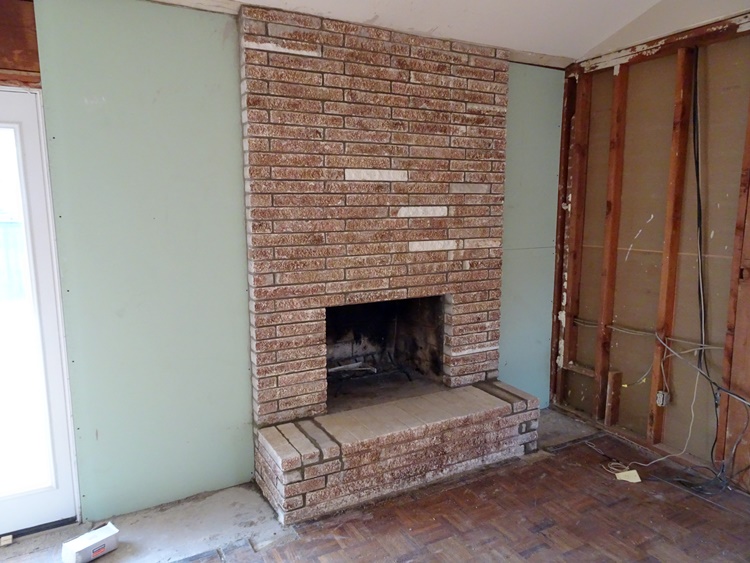 Yeah, I know – the brick is still ugly. It has been sponge-painted a wretched dried blood color. It’ll cover, though, and it’ll look great.

One more plumbing project pic (the plumbing expense on this job is disproportionately high) – the drain pipe in the old laundry area was moved into the abutting wall so that we can use it to install a coffee bar on the other side of the wall at some point in the future. It has to be the future because the budget just won’t handle it right now. 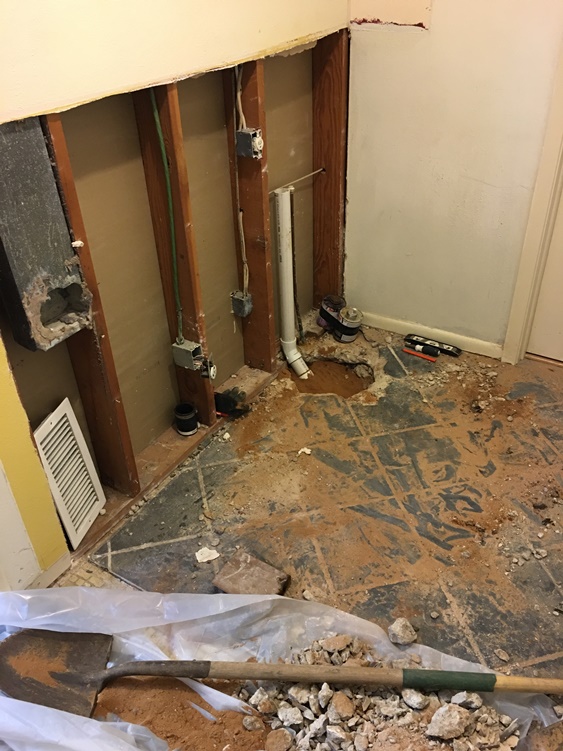 If you’ve been following us for awhile, you know that a coffee bar is a necessity in any home of ours. If you haven’t, you can see a couple of previous coffee bar posts here and here (second to last picture in the post).

I’ll close with a picture of the flooring that we’re looking at for the majority of the house – it’s reclaimed wood, engineered and wire-brushed and oil finished. The budget has raised its ugly head again and we may have to opt for a less expensive material – although it will have to meet California environmental standards for off-gassing. So, whether it’s this or something similar, you can get the idea of the look: 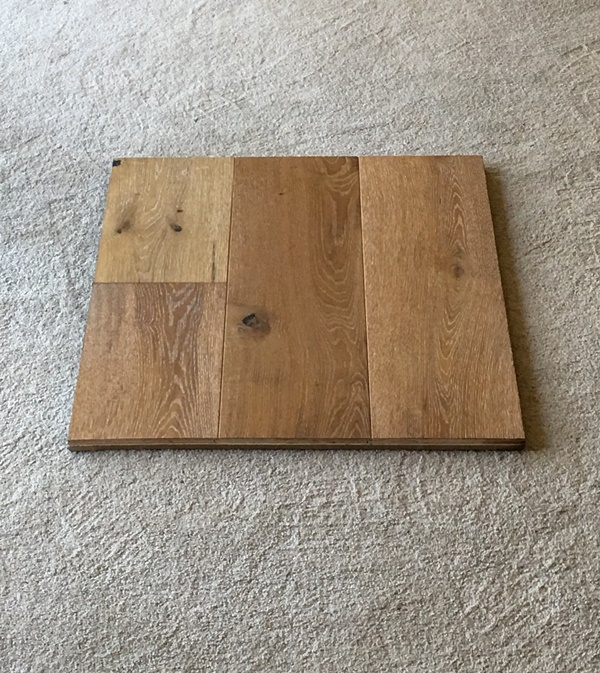 Let us know what you think. It sure is nice having you come along on this journey with us! Thanks for reading –

2 Replies to “Hildring House – Back to the Dirty Demo”