So. The problem was the low-hanging eave that stretched the entire length of the house, making an already-below-street-level structure appear fit for hobbits. How to raise the roofline? Here’s a reminder:

Not only is your eye drawn downward by the roof, but the entry looks like a cave rather than a doorway. Nothing says “Come on in!” or “Glad to see you!” or “Nice, friendly folks live here!”

Debra figured that we needed to do two things: give people a reason to raise their heads as they approached and find a way to demarcate the entry as a point of access, rather than just a hole in the facade. Two primary things affect visual impression: form and color. We decided to change both.

Obviously, the brick on this house was dark. Remember in school when they taught you that dark colors absorb light and lighter colors reflect it? Dark brick concentrates visual focus, even more than dark wood or paint because the texture of the brick inhibits reflection. Enough physics. The point is: when your structure is small to begin with, dark brick makes it look smaller. This house looked stunted, so we decided to paint the brick to give it a visual growth spurt.

On the other hand, we didn’t want to go white, since we thought that would be jarring contrasted to all of the foliage around the house – primarily the massive, three-trunk red oak tree in the front yard. There was also ample planting bed space right by the entry, so we wanted a color that would lift the eye, but not compete with the greens of nature. We decided to go with a grey, but made sure to stay away from the blue area of the spectrum. 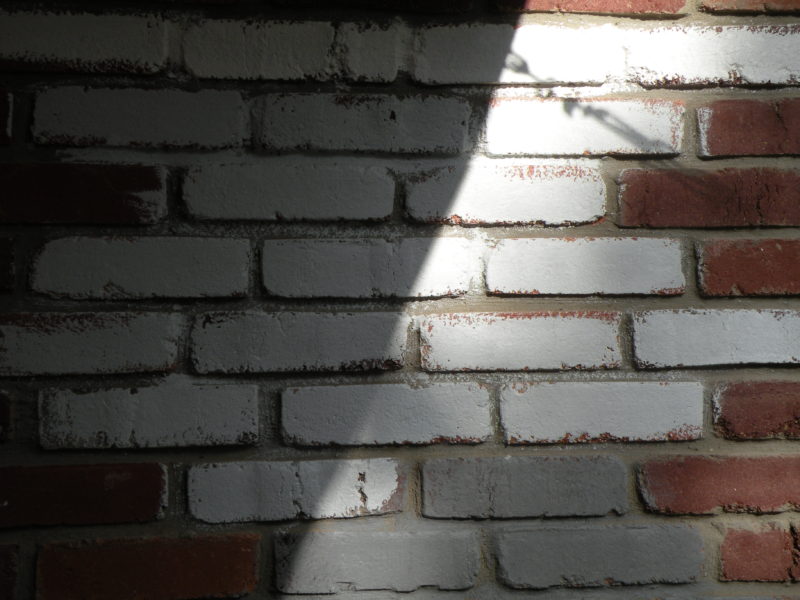 This is how we went about deciding. Painters will tell you to be careful about slapping paint on a colored wall because the surrounding color will trick your eye. That’s absolutely true. So we got samples and painted poster board to narrow the color choices. Then we slapped it on the wall to get a feel for how it would react to sunlight and shade. The bottom color, while a lovely grey, was so dark that it would defeat the purpose. The upper one was more the tone we were looking for. We ended up using Benjamin Moore Senora Gray http://www.benjaminmoore.com/en-us/paint-color/senoragray and were very pleased with it.

The color problem solved, we moved on to the roof line. Here’s a little closer look: 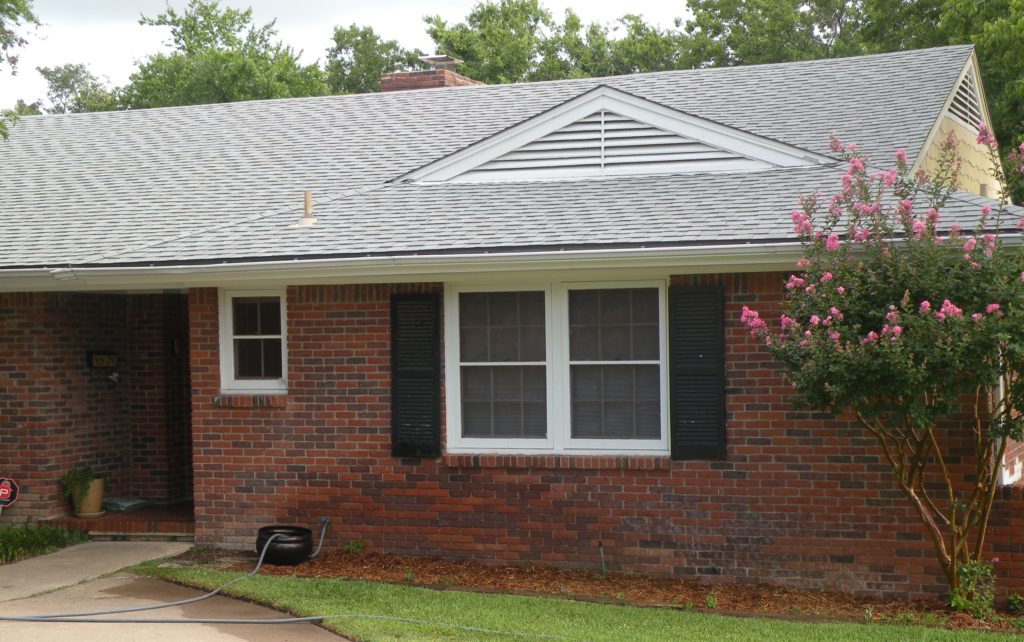 See that timid little triangle? Debra’s idea was to give it a steroid shot – bulk it up, and essentially re-orient the roof hip over this end of the house. Once that was done, we popped a smaller version directly over the doorway and brought it forward about a foot, supported by cedar 6×6 posts (with concrete footings that came about six inches above grade to prevent rot). Now there would be no question where and what the doorway was. 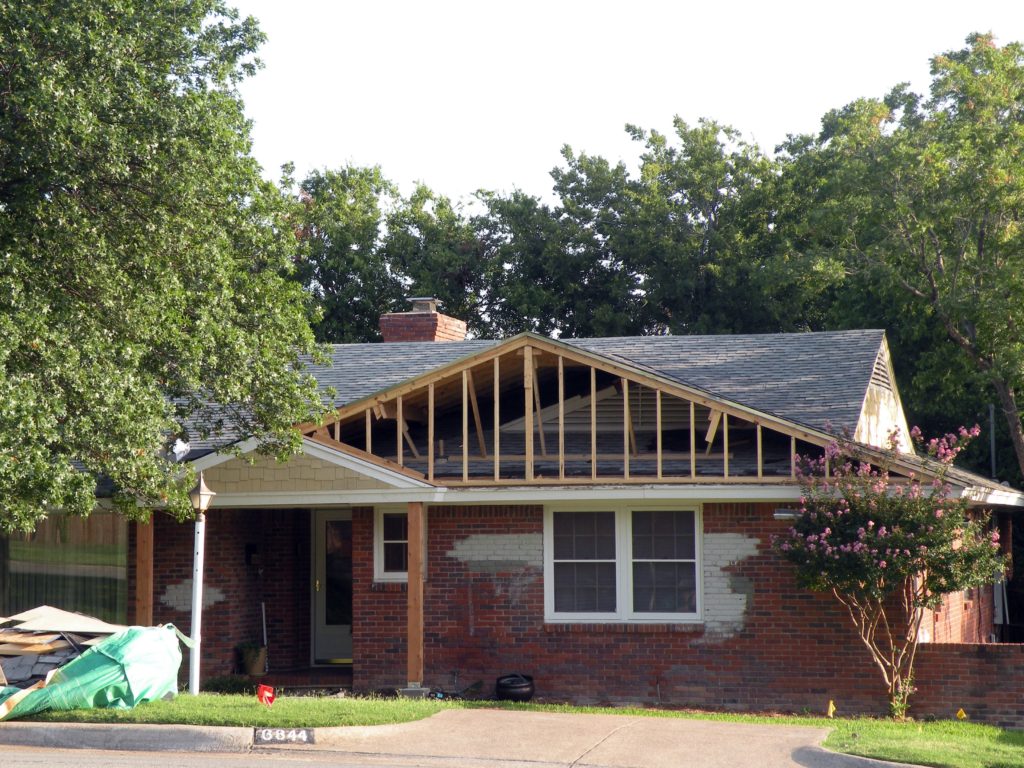 We had to match the shingles on the new roof deck to the ones already on the house – but that wasn’t a problem. Updated shutters (that tie into what we eventually did on the inside, but you’ll see that later) and bone-white paint on the trim to accentuate the lift completed the picture. We  raised the roofline, exactly as intended. 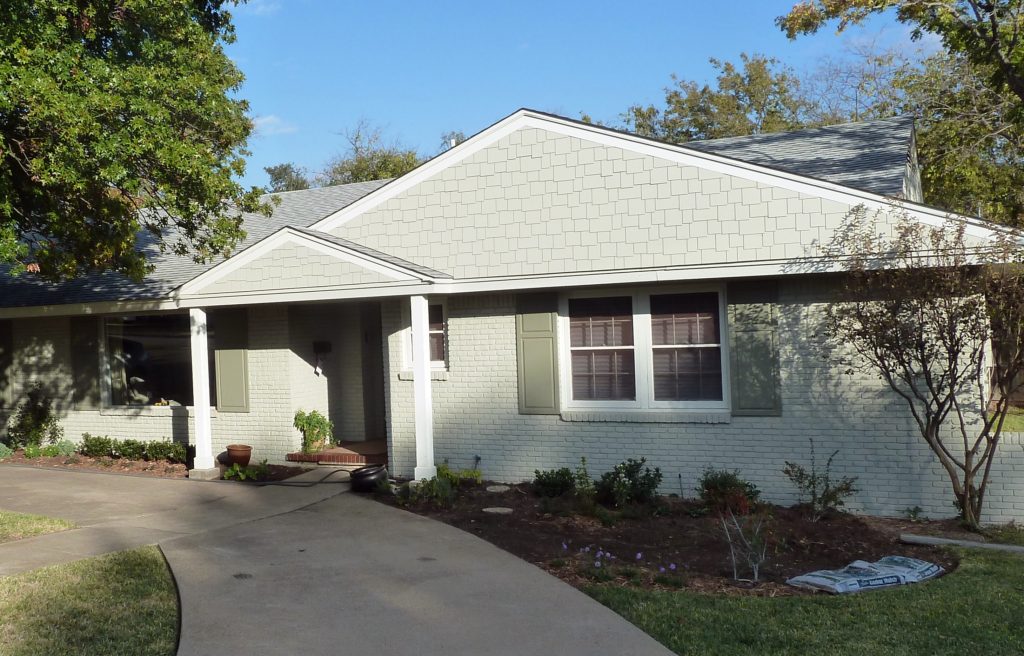 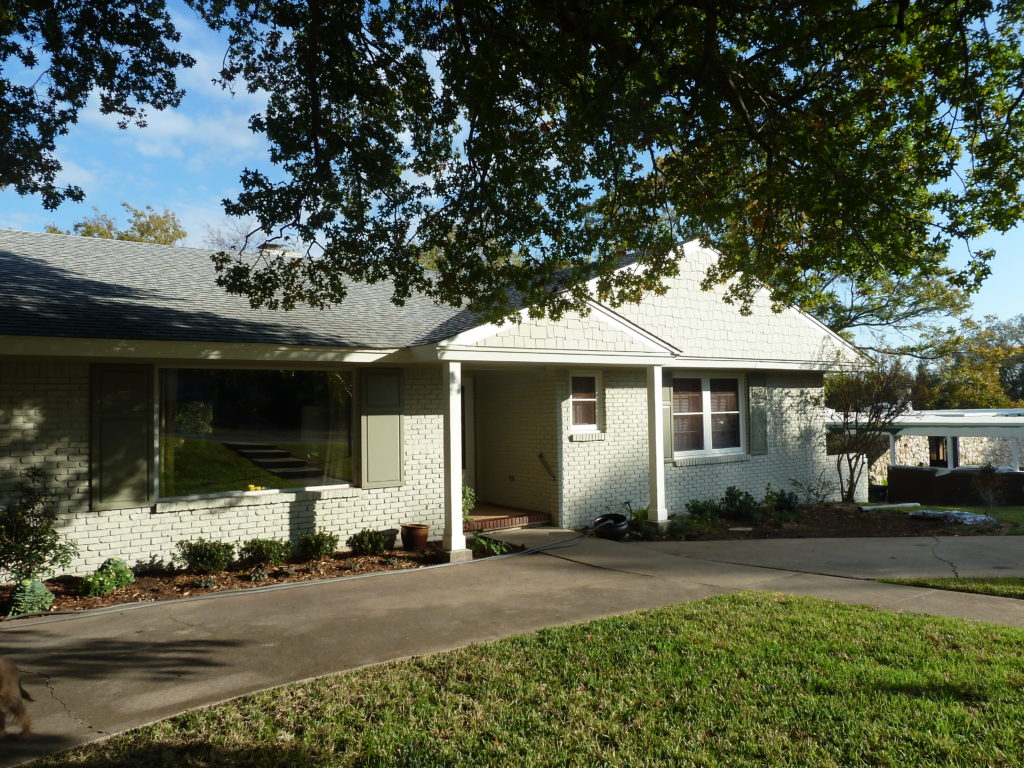 What do you think?

The next couple of posts will move to the back yard before we go inside. Hope you come along!

4 thoughts on “How to Raise the Roofline or From Humdrum to Hello!”